Frozen is a family comedy placed in an imaginary kingdom. This family movie starts introducing the viewers to younger versions of Anna, voiced by Livvy Stubenrauch, and young Elsa, voiced by Eva Bella. The two wake up late at night, and Elsa creates snow for them to play in. But when the snow goes horribly wrong, Elsa must hide her gift from everyone. We later see both Anna and Elsa as adults. Kristen Bell as adult Anna, and Idina Menzel as adult Elsa. Other main stars include Jonathan Groff as Kristoff, Josh Gad as Olaf the Snowman, and Santino Fontana as Hans. 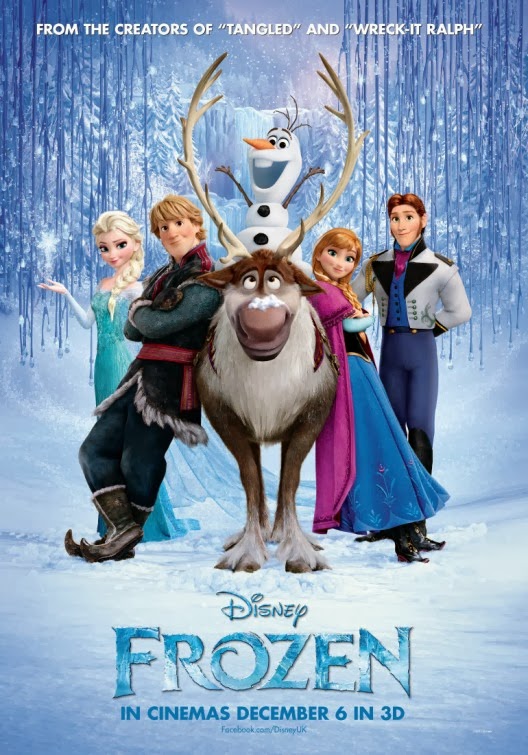 This new Disney movie brings back music back, the characters singing the songs, not just background music. Kristen Bell, Idina Menzel, Josh Gad, Santino Fontana, and many others on the cast, not only voice the characters, but they also sing the musical numbers. With over seven musical numbers, I was leaving the theater humming. Disney brought back the element that was missing, the amazing music, showing the transformation in the characters.

According to Entertainment Weekly, “The First Time in Forever” featuring Bell and Menzel, is the quality of “Part of your World” from Disney’s The Little Mermaid. The musical numbers don’t stop there, “Fixer Upper” is also similar to “Be Our Guest” from Beauty and The Beast. But what takes the cake is “Let it Go” performed by Menzel is amazing. From the rhythm, to a total change in the emotions. Disney did what it’s famous for with Frozen.

“Disney gets nearly everything right in this animated charmer: wit, warmth, a lovely voice cast and a real message of girl power.” said Rafer Guzman from Newsday.

“Its gleaming dream world of snow and ice is one of the most visually captivating environments to be found in a Disney animated film.” said Stephen Holden from The New York Times.

Frozen is an amazing Disney film. The characters were witty, the story line keeping you interested. But what really makes Frozen, is its breathtaking music. I am left singing “Let it go” and “The First Time in Forever” everywhere I go. As I sat in the theater, I had goosebumps, the vocals are just astounding. In my book Frozen earned itself 9 stars out of 10.